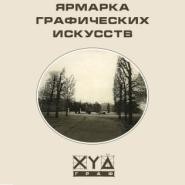 The Spanish gallery “Art-10” presents their collections: "From Picasso to Warhol” and “Tàpies-10: a Team." Curated by Clara Villaverde Uritaga, this is an informal showing of some thirty original works on paper. The selection runs through the world of the avant-garde and spotlights some great art figures of the early twentieth century and on to pop art.
Presented are a set of etchings, lithographs and silkscreens from the collection created by 10 leading figures of international modern and contemporary art. There are 10 artists from the old continent who lived in Paris and whose earliest work dates back a century. They started from very different cultural sources, Spain, Russia and France, and developed styles and common beliefs now known as Expressionism, Constructivism and Surrealism. These artists, born around 1880, took their inspiration from Paris which was the cradle of avant-garde: Matisse, Villon, Survage, Picasso, Chagall, Delaunay, Utrillo, Laurencin, Beaudin, Miró and Poliakoff.
American artists, born in the 1920s, immersed themselves in the art of the old continent and opened their creative minds to its numerous new ideas. Since the Second World War they developed what came to be called Abstract Expressionism, and then pop art. We refer here to John Jaspers, Liechtenstein and Warhol. The curator Villaverde wanted to honor the recently deceased Spanish artist Tàpies, the highest epitome of Matter Expressionism.

Not only the Spanish collection, with its absolutely recognizable names, harks back to the recently held exhibition “The Artist’s book” at the Moscow Museum of Fine Arts, but also the special mono-project of the “Kultproject” gallery: the exhibition of Peter Perevezentsev’s art books called “The Book of Refugees. Text with Comments”. Creating his unique books Perevezentsev also reflects on the contemporary book culture and the possible ways and forms of its evolution. Each of his inimitable artifacts is a unique graphic object.
The current trends in graphic arts and its tendency to overcome the confines of the quiet easel art and move on to more dynamic forms are demonstrated by many participants.
Andrei Krasulin, who is better known as a sculptor, presents his symbiotic project called “Archives” which combines steel netting, paper, prints, and text. Krasulin and his wife Ludmila Ulitskaya has long functioned as a unique artistic tandem or a “dynamic couple”, as they call it nowadays. Ulitskaya, the wife and guardian angel, boasts that she never discards anything, like the artist Ilya Kabakov. She keeps the drafts of her novels in her personal archives and it is these manuscript pages that Krasulin uses for his prints and out of which he makes his objects.
The graphic works of Ivan Yazykov, presented by the gallery “Roza Azora”, is another noteworthy special project at the art fair. His series of “Micro-dramas” can be described as lyrical graphics or diary notes registering the artist’s existential experiences and events. Yazykov belongs to the generation of the 1990s and his style tends towards the traditions of Moscow Conceptualism, although he is not formally connected to them in any way. Nearly all of Yazykov’s “micro-dramas” are tiny in size, but filled with numerous details; it would seem one cannot make them out without a magnifying glass. It is as if the viewer peeps through a keyhole and thus has to make an effort to have a proper look at the picture.
For the 125th anniversary of Marc Chagall (06.07.1887 - 28.03.1985) the chain of art salons “Old Engraving” presents a number of brush-colored lithographs from the series “Twelve Tribes of Israel” and the reproducible drawings for the stained-glass panels in the Hadassah Synagogue in Jerusalem. The work on this major project lasted for nearly two years and was completed in 1962. Two specialists on lithography from Fernand Mourlot’s Paris-based workshop, Charles Sorlier and Georges Sagorin, worked with Marc Chagall on this project.
The recently launched Ru.net project: a virtual gallery of contemporary art called “Cauliflower” will be presented live at the Khudgraph stand. Essentially, it is an art analogue of the photo-outlet, but presenting young graphic artists and photographers, who use modern technologies.
In commemoration of the famous Russian art collector Dmitry Rovinsky, a connoisseur and historian of Russian and Western engraving, the Moscow Graphic Art House exhibits etchings and drawings by modern-day European artists.
Traditionally for Khudgraph, Russian graphic art of the 19th and 20th centuries is widely represented: suffice it to mention Mstislav Dobuzhinsky, Kuzma Petrov-Vodkin, Alexander Kuprin, David Burlyuk, Sergei Gerasimov, Pyotr Konchalovsky, Alexander Labas, Dmitry Mitrokhin, Georgy Nissky, Alexander Tyshler. The art of the 1960s carry on the unique traditions of this complex phenomenon known as Russian avant-garde. The artists presented here include Lev Kropivnitsky, Dmitry Plavinsky, Alexei Zverev, Dmitry Krasnopevtsev, Mikhail Shemyakin, Oscar Rabin, Oleg Tselkov, Boris Sveshnikov, and Vladimir Nemukhin.
“St Petersburg Graphic Art on AVELEV.RU” presents the project of Kirill Avelev, a noted art collector from St Petersburg: albums of prints by Valery Mishin, the Florensky family, and Pyotr Shvetsov, published by the collector himself; and also some outstanding engravings by Konstantin Kalinovich, Elena Novikova, Oleg Yakhnin, and Mikhail Shemyakin – the entire printing of these albums is stored in Avelev’s gallery.
The Russian-French “Gallery Shchukin” displays works of four artists: Sergei Alferov and Andrei Scholokov, who took part in the so-called “First Bulldozer” exhibition, Sasha Semyonov with his latest graphic experiments on a chamber scale, and the avant-garde artist Mikhail Mlochnikov. These artists from different generations provide a wide-ranging picture of the evolution of diverse trends in contemporary Russian art, from the art of the 1960s and Dadaism, through modern-day interpretations, remakes, and allusions by post-avant-garde movements.
“Khudgraph-2012” will demonstrate a wealth of the so-called “paper art”, from world masterpieces to those with an obvious emphasis on modern trends in graphic arts.